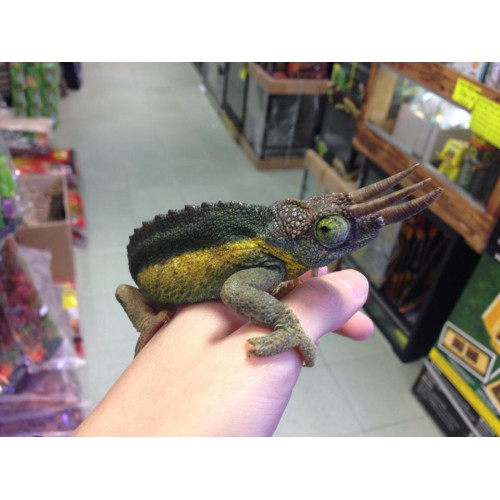 Chameleons (family Chamaeleonidae) are a distinctive and highly specialized clade of lizards.

The approximately 160 species of chameleon come in a range of colors, and many species have the ability to change colors.

Chameleons are distinguished by their zygodactylous feet; their separately mobile, stereoscopic eyes; their very long, highly modified, rapidly extrudable tongues; their swaying gait; and crests or horns on their distinctively shaped heads. Many species also have a prehensile tail.

Well adapted for climbing and visual hunting, they are found in warm habitats that vary from rain forest to desert conditions — in Africa, Madagascar, and southern Europe, and across south Asia as far as Sri Lanka. They have also been introduced to Hawaii, California, and Florida, and are often kept as household pets.

Chameleons generally eat insects, but larger species, such as the common chameleon, may also take other lizards and young birds. The range of diets can be seen from the following examples:

The veiled chameleon, Chamaeleo calyptratus from Arabia, is insectivorous, but eats leaves when other sources of water are not available. It can be maintained on a diet of crickets.They can eat as many as 15-50 large crickets a day.

Jackson's chameleon (Trioceros jacksonii) from Kenya and northern Tanzania eats a wide variety of small animals including ants, butterflies, caterpillars, snails, worms, lizards, geckos, amphibians, and other chameleons, as well as plant material, such as leaves, tender shoots, and berries. It can be maintained on a mixed diet including kale, dandelion leaves, lettuce, bananas, tomatoes, apples, crickets, and wax worms.

The common chameleon of Europe, North Africa, and the Near East, Chamaeleo chamaeleon, mainly eats wasps and mantises; such arthropods form over three quarters of its diet. Some experts advise that the common chameleon should not be fed exclusively on crickets; these should make up no more than half the diet, with the rest a mixture of waxworms, earthworms, grasshoppers, flies, and plant materials such as green leaves, oats, and fruit.Temperature influences the amount of food eaten. 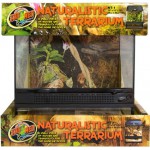 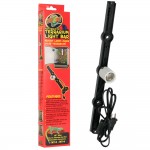 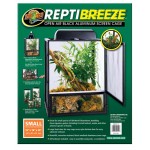 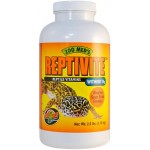